Founded in 1956, Phil LAROCHELLE Equipment Inc. builts products and solutions, for trucks, to simplify operations for our customers through their reliability, speed and efficiency. Specializing in snow removal equipment and tipping semi-trailers, it is now the third generation that continues the development of the company.

To develop, manufacture, and distribute specialized truck equipment that excels in performance and reliability thanks to the passion and expertise of our team members allowing our customers to build, maintain and ensure efficient snow and ice removal on the roads of their communities. 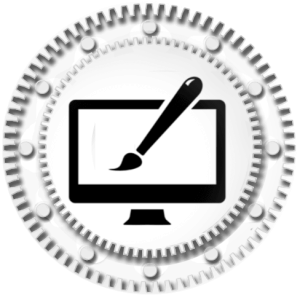 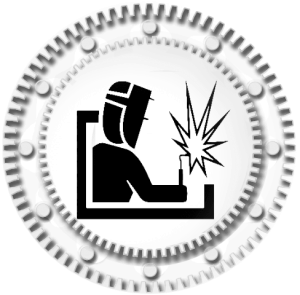 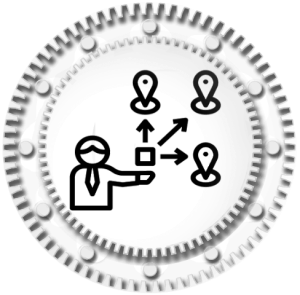 Phil Larochelle Équipement Inc. is committed to our customer’s satisfaction by offering them products and services that will meet their operational needs while constantly improving and optimizing our manufacturing processes and the performance of our products.

Tracing its roots back almost a century, Phil Larochelle Equipment Inc. Is a Québec City-based, family-owned company founded by Louis-Philippe Larochelle in 1929.  An electrician by trade, Louis-Philippe – along with his father – established the family business, Garage Larochelle et Fils Enr.  In those early days, Garage Larochelle was just a small business that specialized in electric services and auto repair, as well as operating as a horse trading company.  At the time, the Larochelles had no idea that they were laying the foundational groundwork for what would become Phil Larochelle Equipment Inc., an industry leader in design of top quality specialized equipment for trucks.

In the early 1950s, Garage Larochelle et Fils Enr. would shift its focus away from its original function and steer more towards truck repair and the distribution of dump bodies, hydraulic hoists, and other truck components.  In 1953, the company transferred its commercial operations to the name of Phil Larochelle Equipment Inc. and, in 1956, the company would incorporate and start to wholly concentrate on manufacturing its own line of equipment, truck parts distribution, and on the development of its first in-house dump bodies under the Larochelle brand name.  In that same year, Louis-Philippe married Mignonne Plamondon, who became the company’s co-founder and cornerstone.

In 1964, Phil Larochelle Equipment began to grow its brand and presence within the Québec marketplace by manufacturing the very first V-hopper sand and salt spreader in the province.  Then, in 1971, the company introduced the first hybrid HLS semi-trailer for excavation and road construction.  This early model would evolve into becoming the current renowned Larochelle Ultra-Stable semi-trailer that – to this day – still finds no match among the competition.

In 1977, Louis-Philippe’s son, Bernard Larochelle, followed in the footsteps of his father and became president of the company, and continued to contribute to the Phil Larochelle Equipment product portfolio with the introduction of the company’s first line of snow plow equipment.  Over time, Bernard’s three children would find an interest in pursuing the family business, and took on learning the ropes in order to better develop the necessary skills that could help contribute to the reputation and continued growth of Phil Larochelle Equipment.

And while the original downtown Québec City location of Garage Larochelle et Fils Enr. has not changed over all these years, the overall scale and scope of Phil Larochelle Equipment Inc. has grown tremendously over time.  The company currently encompasses 3 facilities within the Quebec city area staffed by employees equipped with decades upon decades of accumulated industry knowledge.  This experience, combined with invaluable feedback from its customers, has led to Phil Larochelle Equipment manufacturing a complete line of competitive and durable products that have proven, time and time again, to edge out the competition in regard to efficiency and performance.

Phil Larochelle Equipment operates with an engineering philosophy that is based on providing top performance features, guaranteeing reliability, and reducing the overall cost of ownership.  The company diligently pursues its goal of offering innovative and high-quality specialized equipment for the hardest working trucks and in meeting the significant and complex challenges facing industry today.  The team at Phil Larochelle Equipment has established itself as a solution provider and an integrator for the markets it serves, taking great pride in presenting an unmatched level of expertise in truck equipment installation.

Phil Larochelle Equipment’s primary customers are private contractors, cities, and municipalities, as well as government organizations throughout Canada and United States.  The company’s products are sold through a vast distribution network and are serviced by a select group of service centers.  Phil Larochelle Equipment constrantly strives to improve upon and optimize its manufacturing operations and the performance of its products and services without any sacrifice to its personalized approach in doing business, or to its steadfast commitment to customer satisfaction.

Phil Larochelle Equipment strives be an Industry leader by example that is second to none.  The company’s unparalleled reputation is backed up by 90 years of expertise and quality workmanship.  Phil Larochelle Equipment ‘s dedication to innovation, long-term vision, and its unfailing commitment to the customer has been passed down for three generations and continues to break new ground towards success, adding new chapters in the on-going history of Larochelle.